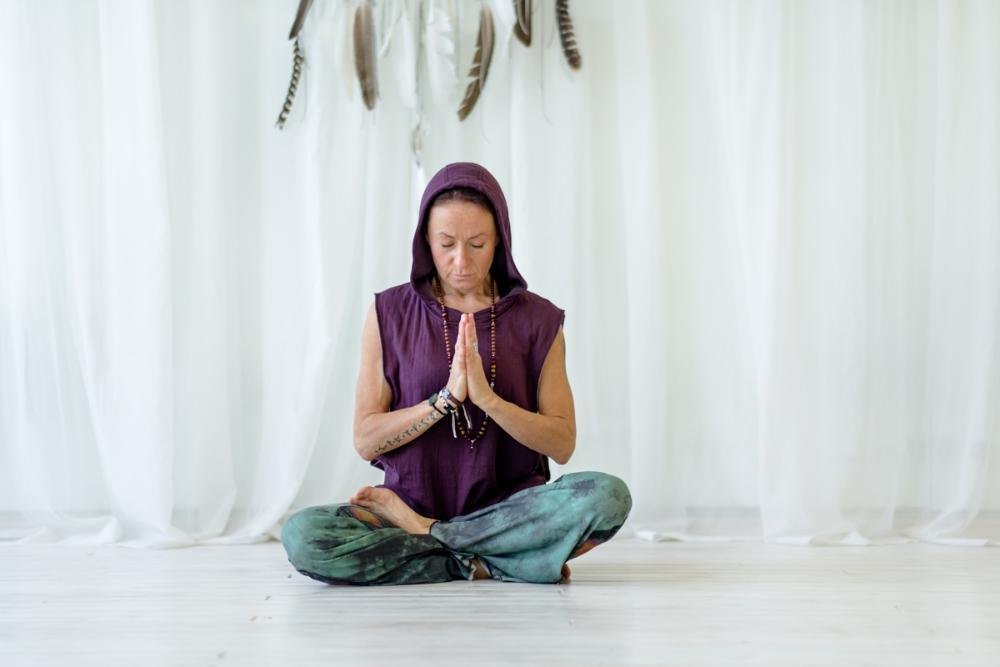 Vipassana is a Pali word, vipassana in Sanskrit can be translated as „insight” or “clear seeing”, “seeing deeply”.

The history goes back centuries. The 20-century vipassana movement is developed by Ledi Sayadaw and U Vimala and popularized by Mahasi Sayadaw, V.R Dhiravamsa, and S.N. Goenka.

Shortly, Vipassana is a meditation technique and a necessary element of Buddhist training. Goenka described Vipassana meditation as an experiential scientific practice, in which one observes the constantly changing nature of the mind and body at the deepest level, through which one gains profound self-knowledge that leads to a truly happy and peaceful life. Courses start with observation and natural (not controlled) breath, which allows the mind to become concentrated, a practice called Anapna. This concentration prepares one for the Vipassana practice itself which, in this tradition, involves observing bodily sensations with equanimity and becoming progressively more aware of the interconnection between mind and body.

There were two very different aspects of my silent retreat experience.

Learn about Buddhism, practice meditation, being in silent, observing my thoughts.

2. Practical things around it.

Wat Kow Tahm meditation center was developed by the Head Nun, Mae Chee Ahmon, a Thai Buddhist nun for over 50 years ago, to provide a place for international travelers to practice Buddhist Meditation. The owner of the retreat center is an elderly lady who inherited a nice old Buddhist Monastery from her relatives.

The website tells us that retreats are taught by experienced meditation teachers (Thai monk Phra Marut Damchaom) at no charge, and the 10-day English language retreat is held on the 10th to 20th of each month.

So, I was arriving early (a day before), thinking to avoid the crowd and making sure that I will get the spot. I had a small talk (interview) with the lady, who was asking me some questions and then repeating them again and asking me for the payment right away. When I say that I am a yoga teacher, she said, maybe you can teach some yoga here, we don’t have a yoga teacher. Why not, of course, I said. And later she said that she herself will teach yoga on the retreat...hmmm.

So, I got my room (cell) with one bunk bed with a choppy old mattress, one bedsheet, mosquito net, and one little stool. Toilet...(hole on the floor) and bathroom (a barrel with cold water and a scoop) were close by. I was still excited.

Then I was waiting for some information, but everything was written on the wall.

Then she was asking me to help her a little...to find some registration papers from her desk in the dining area. There was chaos on the table, it was her office. Then to join her in the city to buy some food for the retreat people. We were driving from one place to another, she bought some (very little) food and we came back. The next morning (day 1) some other people started to arrive, we became acquainted with each other and were sitting in the dining area and waiting for some orientation. At least lunch was very good on the first day. But then I was reading the information from the wall and found out that we have to rest and relax the whole day.

Day 2: people were still arriving, we became acquainted, and at the end of the day it was 19 people there. We deposit our valuables, phones, PCs, books, and had a tour (which we had done already many times before) in a territory of monastery led by an old lady who could hardly walk. We read from the wall that silence should begin at 4.30-5.00 pm and some people decided to follow it, including me. But some people were thinking that they came to the assembly. Anyway, the lady said, go to the meditation hall and start to meditate! We went there and there were some people who had been on the vipassana before, they instructed how to put some carpets and staff on the floor, but we had to reorganize everything some days later. Since we didn’t talk or had no watch, there was a bell 10 min before some activity should start and on the ending time. And one of us had to take care of ringing a bell!

I was waiting for that, thinking to crack the code here!) First and the second day we had a lecture thought by monk Marut, who came straight from the hospital and had to go back to the hospital the next day! He was not happy over the communication with the owner old lady and said that he came to help us, otherwise, she would love to teach us by herself (her accent was very difficult to understand and her speech was something like you can expect from somebody who comes from „La-La Land“. When monk Marut left, then some experienced American people took over the teaching. One lady, who had arrived together with the teacher monk Marut, became our mentor and teacher in the afternoon. And Dhamma teaching was taught by a Canadian monk, who lived in the monastery for a while. So, happy ending anyway!

First two days many people were talking loud, laying and snoring in the meditation hall, etc. After monk Marud left and Americans started to explain basic vipassana rules to us, many people left. I have no clue why they came in the first place.

We also had „working meditation“ every day like cleaning the dining area, raking, etc. (no instructions).

I want to learn and practice more in a nice environment!

I bought some books about Metta (loving-kindness) meditation.

I will practice silent awareness regularly at home, without internet, phone, conversations, maybe a weekend, maybe once a week.