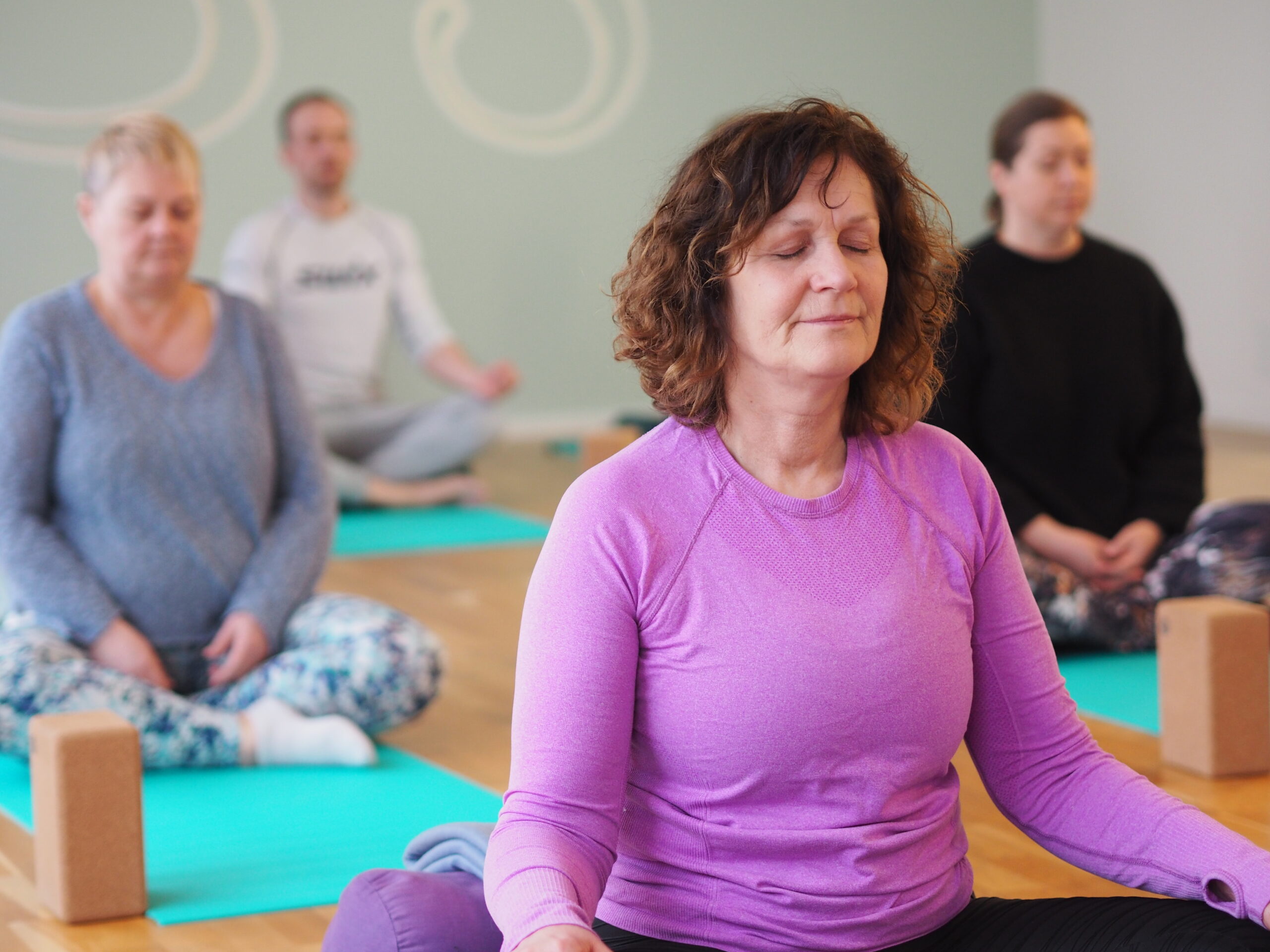 Students seek out a yoga class or practice for many different reasons. Additionally, what we mean by yoga varies considerably from one practice style to another. For these reasons, it can be helpful to identify some objective measures to describe individual yoga styles. This can help new practitioners make more informed choices about what yoga styles to begin with when they are starting out, based on what their intentions are with respect to starting a yoga practice.

Yoga is a versatile, variable tool that can have an impact on many different aspects of our well-being. We may seek out a yoga practice for many different reasons. So, it’s helpful to have a clearer picture of what individual styles of yoga offer. This article provides information about the physiological impacts of common styles of yoga practice. That can help us make choices about which style might be a good fit for us.

The intensity of yoga styles based on oxygen consumption:

The intensity of yoga styles based on heart rate:

is an ancient system of yoga. For each movement, there is one breath. Ashtanga Vinyasa Yoga is both a dynamically aerobic and meditative practice. It was primarily introduced to practitioners in the West by Shri K. Pattabhi Jois, a dedicated yogi, and Sanskrit scholar. As taught by Jois, Ashtanga Vinyasa Yoga is a form of Hatha Yoga that focuses on asana (posture), pranayama (breath control), and vinyasa (the linking of postures by breath and movement). An important part of Ashtanga Vinyasa Yoga is a deep sort of breathing we call ujjayi or victorious breath, bandhas or energy locks, and Drishti or our eye gaze.

also known as "the Rocket" is a style of yoga, developed by Larry Schultz in San Fransisco during the 1980s. Rocket yoga is rooted in the practice of Ashtanga Vinyasa Yoga. It is composed of poses from the Primary and Intermediate series of Ashtanga. It was first called "Rocket" by Bob Weir because "it gets you there faster." Rocket Yoga is a dynamic and fast-paced flow of yoga. Students are encouraged to make their own interpretation of the traditional asana or can remove or modify binding postures that tend to cause students to get stuck in the traditional series. The Rocket is also divided into a three-part series: Rocket 1, Rocket 2, and Rocket 3. Each series focuses on targeted body strength and flexibility. Typically, Rocket 1 is practiced on Monday and Thursday, Rocket 2 on Tuesday and Wednesday, Rocket 3 on Friday, and Ashtanga Primary Series would be practiced on Sunday, and optionally on Thursday instead of Rocket 1. As in the tradition of Ashtanga Yoga, Saturday is the day to rest from physical forms of yoga. The Rocket 1 series is based on the Modified Primary Series. The Rocket 2 is based on the Intermediate series of Ashtanga Vinyasa Yoga. Rocket 3 (aka "Happy Hour" because you get two classes for one) is a combination of Rocket 1 and Rocket 2, practiced at a brisk pace to cover 90 poses in 90 minutes.

is also a dynamic yoga style but it can vary from soft to vigorous depending on the level of the group or student. Vinyasa Yoga is a teacher's interpretation of traditional yoga practice, based on the purpose of the class. If we want to emphasize that the class is slow-paced then we can call it Soft or Slow Vinyasa Flow or Gentle Flow. In a typical Slow Flow class, you will practice about half the number of poses you might practice in a Vinyasa Flow class. The pace is meditative, emphasizing peace and calm in body and mind. We hold poses longer, taking several rounds of breath in each pose, instead of moving to each breath. In that class, the asanas are practiced with an internal softness. You will focus on working in the poses using your breath, movement, and internal strength rather than the outer muscles. That type of Yoga is of medium intensity and the best way to start with your yoga practice to find out your preferences.

is a part of the original Hatha Yoga tradition. It combines the influences of Indian Yoga with Chinese Daoist practices and Western science to improve our health on many levels. With its emphasis on long-held, passive stresses of the deeper connective tissues, Yin Yoga mobilizes and strengthens our joints, ligaments, and deep facial networks. Most poses are done lying or sitting on a yoga mat or soft carpet and held for 2-5 minutes. In Yin Yoga class we're not stretching the tissue but rather, stressing it, and then allowing time for rest and repair. We are using the physical postures to help us in getting to a unity of the mind and the body. It is a platform for meditation.

is a deeply relaxing style of yoga practice. It is a receptive practice, not an active practice. Unlike the more active styles of yoga where poses "flow" into one another, restorative yoga poses are held from five to as long as twenty minutes. During this time, you are held in "shapes" while being supported with blankets, blocks, or bolsters (pillows). The shapes emulate the forms of some more active poses found in Ashtanga, Vinyasa, or Iyengar such as backbend, forward bend, twist, or inversion. When you are in the poses you are completely supported in a particular shape, which helps achieve the desired benefit - it could open up your lungs, release tension in your lower back, or any of the other physical or psychological benefits. In any style of yoga, part of the practice is about letting go of the ego. Restorative yoga is no different. Yoga teaches patience, devotion, and faith. When you apply the teachings both on and beyond the mat, your mind is better able to adjust to the stresses of everyday life and is brought into harmony with your body.