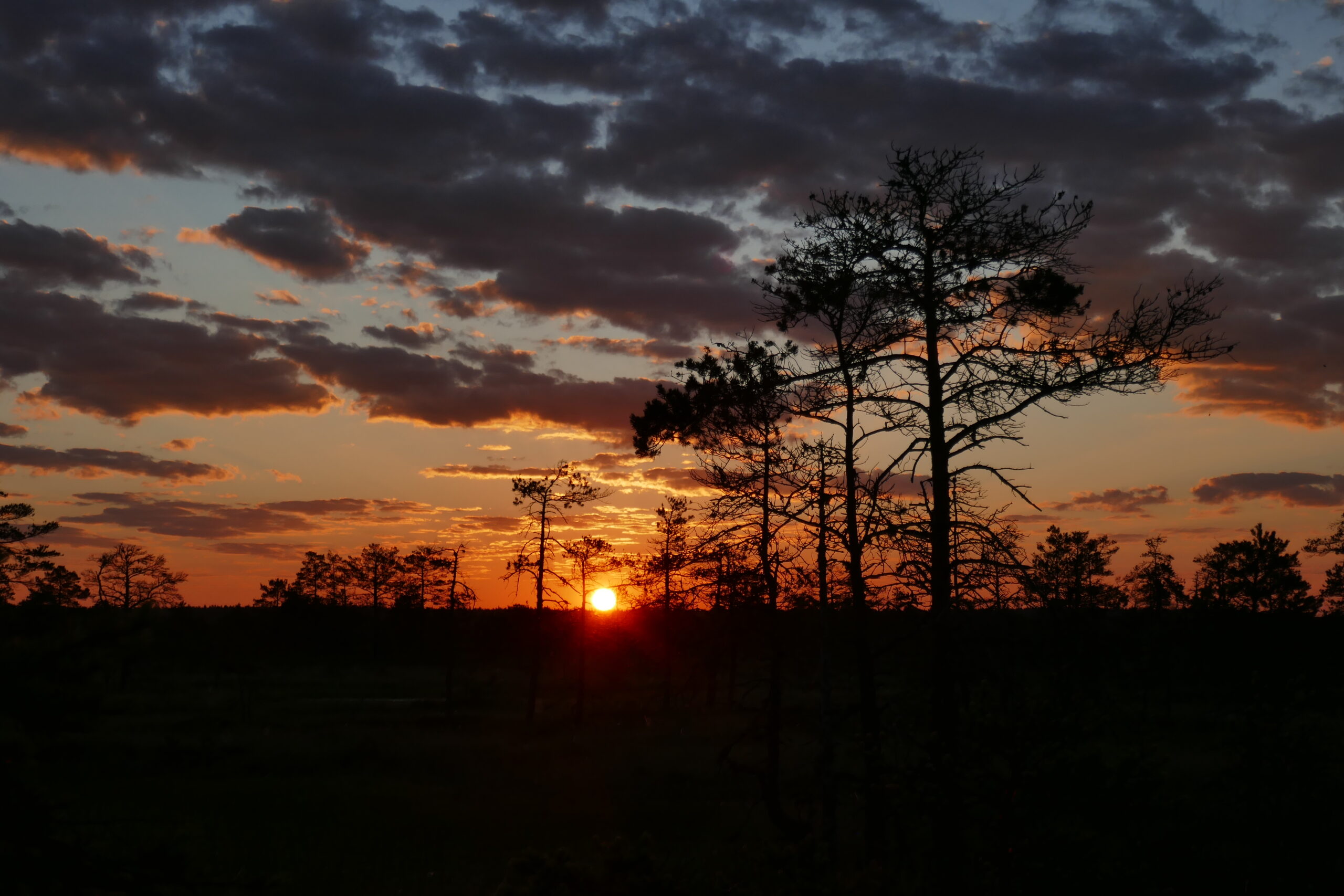 Hiking the Estonian way in 2023

Estonian bogs have gone through a large-scale transformation from being seen as a horrific place to becoming one of the most loved landscapes. Our bogs are the top-of-the-list attraction for every tourist willing to discover the Estonian countryside and wildlife.

The bog is the oldest organic landscape in Estonia, reaching in some cases up to 10 000 years of age. The first bogs started to emerge here right after the last ice age. As the 1km, the thick glacier ice sheet was melting towards the North pole, the meltwater as a leftover was collected in depressions previously created by the glacier ice.

Over the next thousands of years, plants grew and died within those shallow and oxygen-deprived meltwater lakes. As a result, the dead plant material didn’t become decomposed but rather created ever-lasting peat/turf and turned the water acidic. Every year, one layer of partially decomposed organic material is accumulated underneath the mossy surface of the bog and this effect has taken place since the very beginning!

In Estonian bogs, the pace at which the peat accumulates is roughly 1mm annually. In most Estonian bogs, the peat layer is 5-7 meters on average, which equals about 5000-7000 years of age. Over the course of thousands of years, this landscape goes through a series of transformations. At the very beginning, this peat accumulation landscape does not have a significant effect on plants – the peat layer is just too thin and flora is able to reach the nutrient-rich groundwater. After millennia or two, the peat layer becomes thicker and filters out more demanding plants. The visual of the landscape is about to change. Birch trees will give up and pines will slowly start to take over. This middle stage is called transitional mire.

Later the peat layer gets just so thick that only the toughest plants will survive. The third stage is called bog or raised bog. Here you can see a lot of bog pools or lakes inside this huge organic sponge. The landscape is entirely independent, meaning that the plants don’t have access to nutrient-rich groundwater and all they have is rainwater stored in the ground. Bogs can be seen as huge sponges that can store huge amounts of water. Mainly because the sphagnum moss, also known as the “bog builder plant” is able to absorb almost 20x its body mass. So in some ways, bogs are also giant water reservoirs.

Bog operates as a carbon sink and therefore mitigates the effects of climate change. And as we know today, it’s a perfect place for aesthetic experiences.

Bog as a place to restore yourself mentally and physically

Since the Estonian bogs were “rebranded” decades ago, their popularity has skyrocketed. The State Forestry Agency has built a lot of boardwalks and forest trails to provide easier access to all the people interested in enjoying the silence and minimalistic landscapes.

Suddenly, bogs have become the symbols of our country. 100 years ago it was unheard of to say, think or write anything pleasant about our swamps or bogs. Today, people still have some sort of unconscious “itch” inside them when they get off the trails and feel this spongy ground. But walking on boardwalks has become so popular, that on the weekends you could encounter more people in bog than in a shopping mall. So if interested in peace and silence, you have to choose your destinations carefully.

The best time to visit the bog in Estonia

As you may guess, every season has its pros and cons. Although I see some benefits in visiting bogs in particular time periods, I still think everything depends on your goals. Is it to see wildlife? To swim in a bog lake? To pick berries? To skate on the frozen lakes?

Spring (March-May) is probably the best period to encounter birds and animals. For example, male black grouses are having battles in the bogs at the sunrise. Of course, it’s something that needs preparation and setting up a hide to witness those rare moments. The cranes are arriving from Africa and many birds are stopping by to continue their journey to polar regions. Many plants, including mystical labrador tea, bloom in May-June. I love spring because at that time we don’t have mosquitoes here.

I don’t suggest going to the bog on the hot summer days (nights are ok) – because of the dark ground, it gets really hot and there is nowhere to hide from the direct sunlight +  you potentially have to deal with horseflies. In the summer, the best time to go to the bog is right before sunset or sunrise. You will then have the least problems with insects + the view is magical. Especially when the sky is clear. and you can enjoy the water that feels especially warm when the air temperature starts to drop.

With winter it can go both ways – you either have snow in Estonia or you don’t. When you do, you can go skating on bog lakes, hike with snowshoes over the frozen lakes, make a fire, camp either in a hammock or in a glamping tent. Catch fish on the ice. Fullmoon hike on glowing white snow? No mosquitoes, no crowded camping sites. Silence!