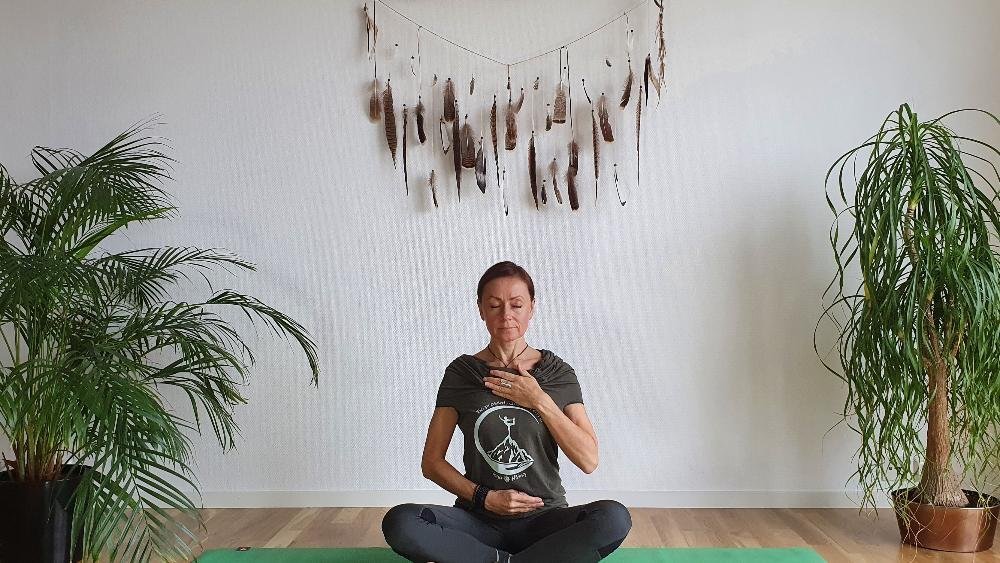 The breath- it’s the only thing that’s with you from the moment you’re born to the moment you pass. Breathing unites the body and mind together and can change the way you feel mentally, emotionally, and physically. Although breathing is a spontaneous process, conscious control of it may be taken to learn and develop correct and deep breathing techniques. Rhythmic, deep and slow breathing exercises result in establishing the natural, relaxed rhythms of the body and mind. Breathing consciously is the essence of yoga as it assists us in connecting with the subtle energy within. It is through the breath that we are able to navigate different levels of consciousness.

Firstly, connecting with your breath is a method for being present. When you concentrate on each aspect of the breathing process, you are present; you let go of the past and future and are focused on the moment inside the breath. This is why breathing consciously is its own meditation. By changing the breathing pattern, you can produce different states of mind. Slowing down the breath has an impact on your emotional state.

The breath is the most vital process of the body. It influences the activities of each and every cell and, most importantly, is intimately linked with the performance of the brain. Human beings breathe about 15 times per minute and 21 600 times per day. Respiration fuels the burning of oxygen and glucose, producing energy to power every muscular contraction, glandular secretion, and mental process. The breath is intimately linked to all aspects of human experience.

Most people breathe incorrectly, using only a small part of their lung capacity. The breathing is then generally shallow, depriving the body of oxygen and prana essential to its good health. Although breathing is mainly an unconscious process, conscious control of it may be taken at any time. Consequently, it forms a bridge between the conscious and unconscious areas of the mind.

It is used to maximize inhalation and exhalation. Its purpose is to gain control of the breath, correct poor breathing habits, and increase oxygen intake.

It may be practiced at any time and is especially useful in situations of high stress or anger for calming the nerves. However, while its inclusion in a daily yoga program will correct and deepen natural breathing patterns, yogic breathing itself should not be performed continually.

Thoracic breathing. Concentrate on the sides of the chest. Discontinue any further use of the diaphragm and begin to inhale by slowly expanding the ribcage. Feel the movement of the individual ribs outwards and upward, and be aware of this expansion drawing air into the lungs. Expand the chest as much as possible. Exhale by relaxing the chest muscles. Feel the ribcage contracting and forcing the air out of the lungs. Do not use the diaphragm.

How to learn and practice yogic breathing

This completes one inhalation. The whole process should be one continuous movement, each phase of breathing merging into the next without any obvious transition point. There should be no jerks or unnecessary strain. The breathing should be like the swell of the sea. Now start to exhale.

This completes one round of yogic breathing. At first, perform 5 to 10 rounds and slowly increase to 10 minutes daily. Relax any effort and once again watch the spontaneous breathing pattern. Bring the awareness back to observing the physical body as a whole. Be aware of the surroundings and gently open your eyes.

Consequently, once awareness and control of the breathing process have been established, the clavicular technique is dropped and yogic breathing is modified to become a combination of abdominal and thoracic breathing. The breath should flow naturally and not be forced.

Practice with me link is here.